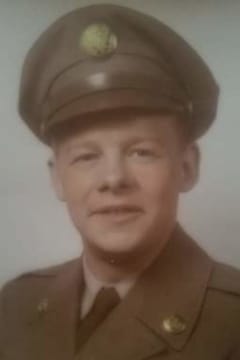 Theodore “Ted” Paul Depto, Sr. passed away October 6, 2021 at the age of 88 at his residence in Patton. He was born February 23, 1933, the son of the late Joseph and Mary (Grozanick) Depto of Patton, PA. He was the oldest of their seven children and preceded by brothers Ronald, his twin, Joe and sister Carol. He is survived by his wife, Donna Depto and their four children: Alison (Kenneth Adams), Jennifer Depto, Natalie Depto-Vesey (Bryan Vesey) and Theodore Depto, Jr. He graduated from Patton High School and later served 2 years as a Corporal in the US Army Signal Corps, S.C.A.R.W.A.F. during the Korean War from 1954 – 1955. After returning from military service, he met and married his lovely wife Donna and attended Penn State University, receiving his degree in Civil Engineering and spent his career working for the Pennsylvania Department of Transportation until his retirement in 1996. At a young age, he was fascinated with radios, building his own radio receiver to listen to KDKA radio in the early 1940’s. Theodore continued as a radio aficionado in his spare time throughout his life. As an avid collector, he enjoyed restoring and writing about radios. He was Newsletter Editor of the Pittsburgh Antique Radio Society and an accomplished writer penning many volumes on radio history. He acquired an extensive collection of antique radios and televisions that he personally restored in addition to the many he fixed for others gratis. Theodore was mostly a private person though he had many friends. He was a loving father who will be greatly missed. He touched so many lives with his knowledge of ‘just about everything’, the quirkiest sense of humor and his great passion for life and learning. We love you, dad. Private services will be held at the Stevens Funeral Home located at 1004 North Fifth Avenue, Patton, PA. Interment Fairview Cemetery, Patton. In Lieu of flowers, the family requests that donations be made to the Patton Public Library or the Patton Area Ambulance Association. You may leave online condolences at www.stevensfamilyfuneralhomes.com or on our Stevens Family Facebook page.