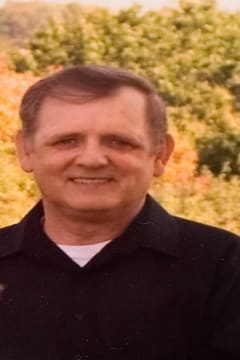 John L. “Jack” Fitzpatrick, 75, Cresson, formerly of Patton, passed away October 20, 2021 at his home. He was born September 19, 1946 in Patton the son of Charles and Alice (Simmers) Fitzpatrick. In addition to his parents, he was preceded in death by a brother Duwaine Fitzpatrick. He is survived by his wife of 52 years Jean A. (Berish) Fitzpatrick, children Tina (Rob) Barrientes, Columbus, OH, Sharon (Gary) Yingling, Morrisdale, Christina (Christopher) Pompa, Johnstown, John C. (Tracy) Fitzpatrick, Imler, Jennifer (Bob) DiGilarmo, Dillsburg, eleven grandchildren, three great grandchildren, brothers and sisters Vernita Prevost, Robert (Clara) Fitzpatrick, Betty Gray, Priscilla Fitzpatrick, Allen Fitzpatrick, Barry Fitzpatrick all of Patton, sister in law Irene Fitzpatrick and numerous nieces and nephews. John was a 1964 graduate of Patton High School where he was a drummer in their marching band. He was a retired US Navy veteran with 20 years of service having served in both Vietnam from 1964 to 1967 and Operation Iraqi Freedom in 2005. He also retired from Norfolk Southern Railroad in 2001 where he was employed as a machinist for 33 years. He was the lead singer and founder of several local country bands, including Jack and the Backcountry, Jack and the Country Gentleman and Jacks Crossfire Band. He was a member of St. Aloysius Catholic Church in Cresson and a lifetime member of Patton VFW Post 779. He enjoyed NASCAR, playing his guitar, classic cars, country music and spending time with his family. Friends will be received from 4 to 8 pm Friday at Stevens Funeral Home, Inc. 1004 N. Fifth Ave. Patton, PA 16668. A funeral service will be held 11 am Saturday at the funeral home. Interment St. Mary’s Cemetery, Patton. Full military rites will be accorded by John White VFW Post 779 and Walter McCoy American Legion Post 614. You may leave online condolences at www.stevensfamilyfuneralhomes.com or on our Stevens Family Facebook page.