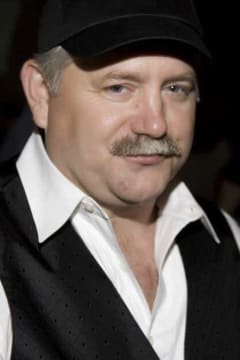 Obituary For Garry A. "Charlie" Lallemand

Garry A. “Charlie” Lallemand, 64, South Fork, formerly of Patton passed away November 15, 2021 at Conemaugh Memorial Medical Center due to complications caused by Covid. He was born November 13, 1957 in Spangler, the son of Theodore and Catherine (Swisher) Lallemand. In addition to his parents, he was preceded in death by daughter Meggen Lynn Lallemand. He is survived by children: Shannon Lallemand, Alabama; Garry Lallemand, South Fork; Andrew Lallemand, South Fork; grandson Wyatt Lallemand; brother and sisters Larry Lallemand, CA; Diana McCulley, Irvona; Roberta (Bill) Farabaugh, Carrolltown; Barbara and Joe Turek, Patton; Lori (Kevin) Stasko, Patton; Brenda (Thomas) Feighner, Hastings; six nephews; four nieces; two great nephews; eight great nieces; one great-great nephew and Lisa Moss. He was a lifetime member of the Patton Fire Company. Charlie was known for bringing a special kind of shine everywhere he went. He was an avid supporter of the Philadelphia Eagles and Penn State football teams. Charlie loved the outdoors, especially hunting, fishing and spending time at camp. He lived life on his own terms and managed to find a good time nearly everywhere he went. Charlie had a big, generous heart and saw the good in everyone, no matter who they were, that won him the love of everyone who was lucky enough to know him. He will be greatly missed. Friends and family will be received Tuesday, November 23, 2021 from 2:00 to 6:00 pm at Stevens Funeral Home, Inc. 1004 North Fifth Avenue Patton, followed by a celebration of life at the Patton Fire Hall, where we will toast Charlie’s life and share stories of how he touched the lives of all who loved him. As a tribute, please come dressed in your favorite Eagles or Penn State attire. In lieu of flowers, memorials are requested to Western Pennsylvania Conservancy or National Foundation for Infectious Diseases. You may leave online condolences at www.stevensfamilyfuneralhomes.com or on our Stevens Family Facebook page.